We are really excited to retain our red 5 star rating in the 2019 James Halliday Wine Companion.

Red 5 star status is awarded to wineries who regularly produce wines of exemplary quality and typicity and who have 2 or more wines rated at 95 points or above and have had a 5 star rating for the previous 2 years.

It is awarded to only 8.2% of the wineries listed in the book. The After Five Wine Co. range hit the book for the first time and received rave reviews, with two rated at 96 pts and one at 95 pts with the observation that – “These ‘After Five’ wines have arrived on the marketplace in emphatic fashion.”

We are really excited to announce the release of 3 new single vineyard wines.

We have labelled the wines under the name After Five Wine Co. and the range consists of a Shiraz, a Grenache and a blend of Shiraz/Montepulciano/Aglianico.  The After Five Wine Co. was born to showcase vineyards that have consistently produced wines of quality and importantly also have expressed their sites and the Barossa region. We have focused on minimal winemaking intervention with the purpose of letting the wine express the site, vineyard and season.  The idea behind the name (After Five Wine Co) was a reflection on when many of our ideals, thoughts and plans began, generally after five and with a glass or two of wine, obviously it also reflects what happens in many homes, bars and restaurants every night as the evening approaches.

Purple Hands Wines 2014 Old Vine Barossa Valley Grenache was selected in the Hot 100 Young Release Style/Joven/Nouveau With Texture category.  The Hot 100 wines seeks to find the most drinkable wines in South Australia in a range of different categories. Congratulations to The Other Wine Co. which won with a McLaren Vale Grenache – great to see Grenache getting some recognition. 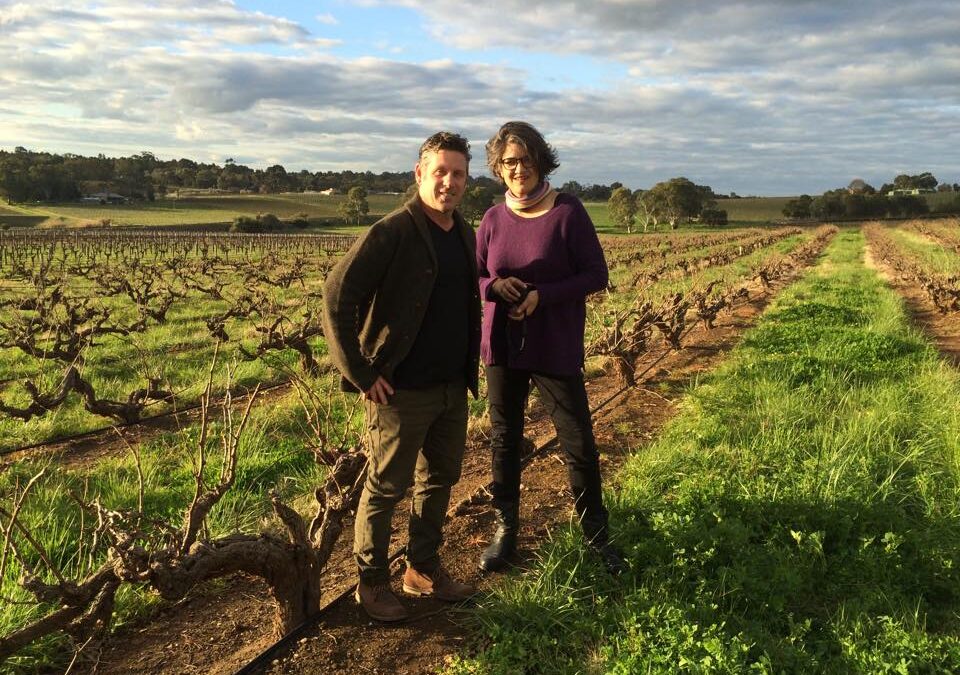 On August 8th  we were luck enough to host UK wine reviewer and writer Sarah Ahmed (the Wine Detective).

Sarah is in Australia to be an international guest judge at the Hunter Valley wine show and included a 4 day trip through S.A. to visit selected wineries with a focus on Grenache based wines. Many thanks to Sarah for selecting Purple Hands and her kind feedback on our wines.

First ever release of Planta Circa Cabernet Sauvignon

Purple Hands Wines is proud to release the first ever vintage of our Planta Circa Cabernet Sauvignon.

The Planta Circa wine is made from ancestor vines that were planted around 1880 – 1890 (hence the Planta Circa “planted some time around….”) just outside Lyndoch in the southern Barossa (read the full story on how we discovered this Ancestor Vines here).

There are only 468 vines and we get just two barrels of wine from these *ancient vines.

We are very lucky and proud to be the custodians of these vines and producing such an exclusive wine that is a little piece of history of the Barossa. We have already received a review from Wine Showcase magazine with a 96 pt rating.

Be quick to get a piece of Barossa history! 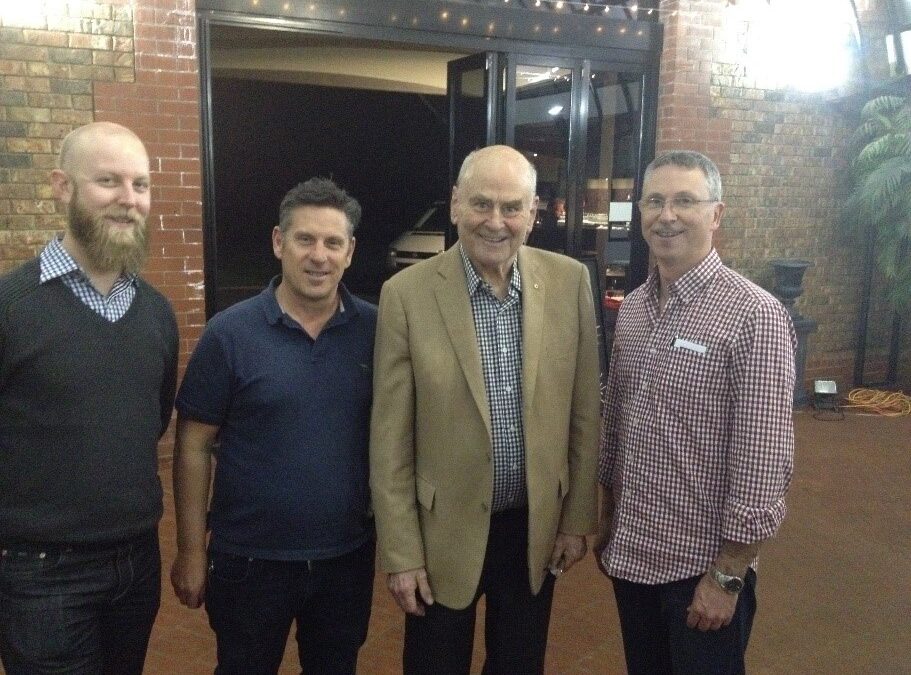 Serafino wines hosted James Halliday for International Grenache day on 19th September.  A Grenache Master class was conducted by James Halliday, Steve Pannell and Charles Whish with 100 attendees eagerly going through each wine and learning about the history of Grenache, and the different methods used by various winemakers to produce outstanding examples of Grenache wine.  17 Grenache wines were selected by James for this event which was followed by a Grenache based wine regional tasting to which over 200 people attended.

Receive 10% off when you order 12 bottles of any variety (excludes special packs). Mixed dozens welcome. Minimum of 6 bottles per order. Dismiss